Delish George got a professional job in just 40 days! 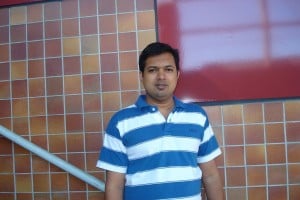 It took Delish George only 40 days from landing in Canada to landing a job in his professional field. He is now Residential Mortgage Officer at a mortgage bank in Calgary.

With a Bachelor’s degree in Commerce from Mahatma Gandhi University, George worked from India for the US Residential Mortgage Industry. He had 10 years of experience and was Senior Process Lead. Since he found out that mortgage practices in US and in Canada were very similar, he was confident that his knowledge and qualifications were sufficient to start working in Canada right away.

However, he had to begin from a lower position than the one he held back home. “I was senior in the company in India and I was doing higher profile jobs for the US banks than what I am doing now in Calgary,” he says. “I can’t blame the system here because even though my resume showed my experience and skills, employers could not be absolutely sure whether I knew all the necessary stuff. They took me and gave me a chance, so I was very lucky.”

Calgary wasn’t George’s first choice for landing – he had heard that for people with background in finance, Toronto was a great place to develop a career so he had planned to settle in the GTA. However, the year before he moved to Canada, his wife, a qualified social worker, landed in Toronto and was unable to find employment in her field. To pay for her expenses she had to do entry level jobs unrelated to her profession. She learned that there were better of opportunities for social workers in Alberta and for that reason the family decided to settle in Calgary.

When he landed, George immediately started to educate himself on how to look for jobs in his new country. He attended some employment related seminars. One of them, at Immigrant Services Calgary, was about networking. “My primary way of searching for jobs was reading postings on the Internet and applying online,” George says. “But at this seminar I learned that companies post vacancies only as a last resort. Usually they first try to fill the vacant positions internally. Also, hiring managers ask employees or other people they know if they could recommend someone for a particular position. So most vacancies are never announced online. As for the announced ones, by the time you apply they might have found someone else.” 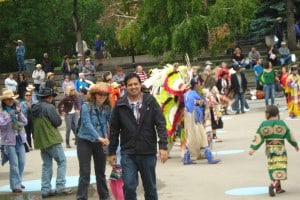 In spite of all that negative information about the postings on the Internet, George continued applying online. “I didn’t know anybody in Calgary,” he said, “so I didn’t have another choice at that time.” Luckily it worked for him. During a session with a career coach at Directions for Immigrants, the coach showed him a list of vacant positions that were announced on the Internet. “She told me these were the jobs I should target and pointed out one recent opening,” George said. “It was the opening for my current position…”
The coach helped him write his resume in Canadian style. The hardest part of the application, George recalls, was the cover letter. “I find writing detailed cover letters very demanding in Canada,” he says. “Here you have to prepare a different letter for each position you target. It takes a very long time: but you need to spend this time because if you don’t have a cover letter they wouldn’t even look at your application.”

“Here you have to prepare a different letter for each position you target. It takes a very long time: but you need to spend this time because if you don’t have a cover letter they wouldn’t even look at your application.”

To prepare for the interview, George read on the Internet about the typical questions that were asked in Canada and found them very different from those he had heard in India. His first interview in Calgary was over the phone – a Human Resources person from the company he was applying for called him and asked him why he wanted to join the team, how much he knew about the bank, what salary expectations he had, and other questions. The person was calling from a Toronto office, but when she was satisfied with George’s answers she arranged an in-person interview with a manager in Calgary. The second interview went well and two days later George received a phone call and was told he was hired.

Finding a professional job in just 40 days, on the Internet – without knowing anybody in the industry in Canada, was extraordinary for a newcomer: “I was very fortunate,” George admits. His story, however, shows that a smooth and fast way to employment in Canada is not impossible.