Flexibility of being own boss driving new women entrepreneurs

by Prepare For Canada | Nov 6, 2013 | After you Arrive, Employment In Canada, Small Business 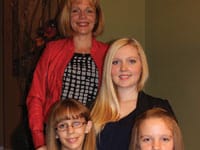 (NC) – Women entrepreneurs have become one of the fastest growing segments of the Canadian economy and now represent an emerging economic force according to a recent Statistics Canada report. Close to one million Canadian women were self-employed in 2012 and according to experts the numbers will continue to grow as more and more women seek a better balance between the demands of work and family.

According to Ross Creber, President of the Direct Sellers Association of Canada, many women are now choosing to start a new business in the direct selling industry so they can enjoy the flexibility of being their own boss and setting their own hours.

“More and more women are starting home-based businesses as a lifestyle decision,” said Adnauer Amorim, President, Avon Canada. “Many begin selling Avon because they like the products and they want to earn a little extra money for their families. They stay because they enjoy the flexibility of running their own business and the opportunity for financial freedom.”

This is what attracted 47-year-old Windsor, Ontario native Holly Perreault when she decided to sign on as an Avon Independent Sales Representative on a whim taking over a friend’s Avon business after years of running her home daycare.

“I liked the products and getting a discount as a Rep was a plus,” Perreault explained. “As a Mom you always go without and with Avon you can get a lipstick for yourself without feeling guilty.”

She saw immediate success with her business thanks to a large family and circle of friends and reached President’s Club status as one of the company’s top sellers. The next step was leadership as she added her first team member to her business and currently has 155 Avon Independent Sales Representatives in her group.

Then suddenly two family emergencies struck in the summer of 2011 when Perreault’s eldest daughter Rachel had to be airlifted to Sick Children’s Hospital in London due extreme stomach pain which was eventually diagnosed as severe Crohn’s disease. She was hospitalized and didn’t eat for three weeks, losing a lot of weight.

During this time another one of Perreault’s daughters Paige, 10 years-old at the time, joined her sister at the Sick Children’s Hospital in London due to a freak accident where she was struck by a golf club suffering a depressed skull that required emergency surgery. With two daughters suddenly in the hospital, Perreault was relieved to have the flexibility to be there for her family.

“When my daughters needed me most I could be there at their bedside with the peace of mind that my business and financial stability were secure,” she added. “My husband couldn’t afford to be off one month from his job so I was happy to be able to take the time needed and pick up where I left off thanks to the support from my team. With access to her computer and team support, Perreault could continue to manage her business while tending to her daughters’ needs.

Now as an Avon Executive Team Leader, Perreault credits the district sales managers in her region for helping her build her business. “I’ve never felt more supported and valued than I have with Avon.” More information on women entrepreneurs is available at www.avon.ca.