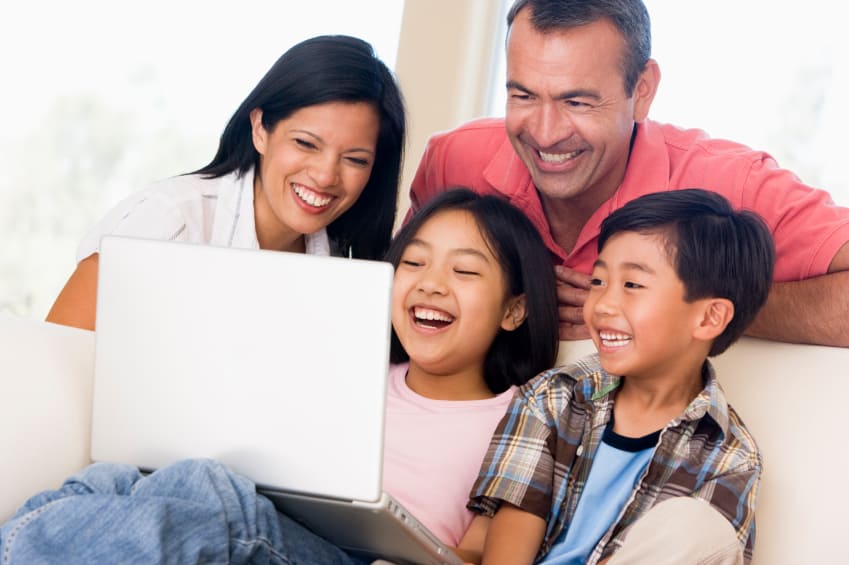 While basic tenets of parenting such as love, support and encouragement are found around the world, you might find parenting in Canada different than in your country of origin.

For example, an individualistic focus is largely encouraged for children. Parents are expected to raise and support their children up to the age when they legally become an adult. After that age (usually 18), children are encouraged to move out and move away to college and obtain part-time work. It is assumed that life will teach young adults how to deal with financial matters, and make strong personal and professional connections. Unlike in many community-based cultures (i.e., Indian people who have a tradition of living with all family members under one roof), in the Western world, those who live with their parents in their 20s and onwards are often ridiculed.

Along the same lines, children are taught to respect themselves as individuals from a very early age. No physical or mental abuse is tolerated. While in some countries spanking might have been a part of your parenting process, it is by no means acceptable in Canada. Parenting in Canada is based on mutual respect and treating your child as a person with equal rights to you. Parents are encouraged to listen to their children’s thoughts and ideas, and negotiate, rather than simply dictate to them.

This individualistic approach also translates for children later in life, when they are at school or in the workforce. To succeed, one must learn how to highlight one’s accomplishments. This is a foreign concept to some cultures where people are encouraged to be humble, let their work speak for themselves and refuse compliments.

In several studies about parenting issues for newcomers, immigrant parents admit that their methods, styles and attitudes toward parenting had undergone major changes since coming to Canada.

1. The first style is referred to as a permissive parenting style. Permissive parents are warm and accepting, and avoid confrontation with their children. They make few demands of their kids, allowing them to regulate their own behaviour as much as possible. Research suggests that children of permissive parents have difficulty regulating their emotions and controlling their impulses, but have relatively high levels of self-esteem.

3. The third parenting style is referred to as an authoritarian parenting style. Authoritarian parents provide highly structured and well-ordered environments for their children. They emphasize values such as respect for authority, respect for work, and respect for order and tradition. These parents expect their children to obey explicit standards and rules, and believe that their children should accept their decisions without question or dissent. This may sound familiar to many of you when thinking of your own upbringings. There may even be some corporal punishment involved, like spanking, which is not acceptable in Canada. You could even find yourself in legal trouble, if you punish your children physically.

It’s not surprising that children of authoritarian parents have been found to be more anxious and withdrawn than other children, and they tend to have relatively low levels of self-esteem and high levels of depression. However, these children are less likely to engage in problematic or antisocial behaviour, and they tend to perform well in school.

So, be strong, impart your values, but allow your children some flexibility to discover themselves, determine their futures and shape their own beliefs, without the fear that you’ll somehow stop loving or supporting them.

But, then, that dream starts to crack a little.  Their children start acting “Canadian.”  They start dating kids from other cultures. They tell us they don’t want to go into medicine, they want to be a police officer or, worse, they want to quit school to become an artist.

Then you start to wonder: Is this what we brought them to Canada for?” But the reality is it’s too late.  You are now the parents of “Canadians.”

Immigrants have to face the fact that Canada is a country where independence, freedom of choice and women’s equality is considered more important than cultural tradition. Time and time again, newcomers who come to Canada for economic opportunity turn their nose up at its social culture. They want to live in a cultural bubble with traditions like arranged marriages, and while that can work some of the time, more often than not it’s just not realistic in a country like Canada, where your children will be educated in Canadian norms, have Canadian friends and be influenced by Canadian and American media.  If you don’t adapt your own cultural expectations a little, you’ll always be a foreigner in your new land.

In this context, here are some of the issues you are going to have to deal with. How will you decide to deal with them?

1. Finding the balance between your traditional culture and the Canadian way of life.

2. Helping your kids adapt in school in terms of their studies and day to day activities.

3. Helping your kids make friends and deal with discrimination or bullies.

4. Dealing with kids who want to wear clothes and do things you don’t approve of.

5. Dealing with kids who want to date outside their ethnicity.

6. Ensuring your kids don’t get involved in violence or drugs.