Confidence is crucial in finding jobs

“Because of the horror stories I heard about qualified people driving taxies, I didn’t want to go to Canada – I am not going to be happy doing that,” said Dr. Chandi Jayawardena PhD, when his Canadian wife tried to convince him to move to Canada. Jayawardena is a distinguished educator in Tourism and Hospitality Management who has held senior management positions in South Asia, the Middle East, Europe, South America and the Caribbean and has published numerous books and articles. However, he finally did move to Canada and since 2001 he has added to his resume teaching /management positions at Ryerson University, Canadian School of Management, Niagara College and George Brown College.

Jayawardena decided to come to Canada when an unexpected opportunity arose. He was a senior lecturer and Academic Director at the University of the West Indies in Jamaica where he was involved in an important project – developing a master’s degree program funded by the European Union.  He was exchanging emails with a professor at Ryerson University, Toronto, who was very impressed by what Jayawardena was doing. She wrote to him that she found his work very interesting and wished she had his job. Jayawardena answered that he found her job very interesting as well, and then the Canadian professor suggested that they switch places. It sounded like a joke to Jayawardena. But she was not joking. She said, “You know what – we can arrange a faculty exchange.” So they talked to the deans and presidents of the two universities and arranged a one-year agreement. This is how, as result of Jayawardena’s networking, he became the first faculty exchange professor at Ryerson University.

The energetic Jayawardena quickly became very popular at Ryerson University. In addition to teaching Sustainable Tourism Development and Hospitality Marketing, he was involved in many scholarly projects to help creating a research culture at the School of Hospitality and Tourism Management. He organized author workshops, roundtable discussions, journal theme issues and helped many peers get published. At the end of the year the director told him the School wanted to him to continue working for Ryerson and offered him a contract position for one more year. The University applied for extension of Jayawardena’s work permit and he started his second year of teaching in Toronto. However, in the middle of the first semester there was a big disappointment – the University couldn’t get the approval of the work permit extension. Having a Canadian wife and daughter, Jayawardena was allowed to legally live in the country, but he was not given a permission to continue working. He had applied for permanent resident status, but there was a long wait ahead. So to his and his colleagues’ regret, he had to stop teaching at the middle of the fall semester of 2002.

“You may have all the ingredients, but the recipe for success in your country can be different from the one in Canada. I call it ABC: attitudes, behaviour and customs – and you have to adjust.”

At that time a small private non-profit organization, the Canadian School of Management, which specialized in distance education, was trying to expand to the Caribbean. Since Jayawardena had all the necessary connections, experience and had published books on the Caribbean, the School invited him to join its team and applied for his work permit on the ground that he was an expert in the Caribbean. This time he received the permit and joined the Canadian School of Management as vice president. He worked there for two years and simultaneously got his permanent resident status. Then he accepted a professor position at Niagara College and moved to Niagara-on-the-Lake.

Even though he had a steady job in Canada, Jayawardena never stopped writing, publishing and being active around the world. He served as a board member of the UK based Hotel & Catering International Management Association (now Institute of Hospitality) – the world’s largest professional association in Hospitality Management. In 2004, he was elected its first non-European President and Chairman in its 67 year history. He was really busy teaching in Canada and traveling to London once every two months over a five year period. 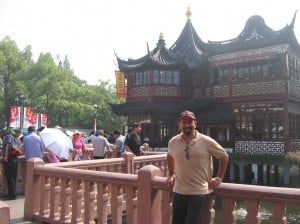 In 2007 a recruitment company contacted Jayawardena and informed him of a job opening at George Brown College in Toronto. In consideration of his international and Canadian background in hospitality management education, his experience in research and leadership qualities, he was appointed Associated Dean at the Centre for Hospitality and Culinary Arts at George Brown College. Jayawardena held this position for five years. Recently, he started his own consulting company – Chandi J. Associates Inc.

For success in getting jobs in Canada Jayawardena credits his confidence. With his impressive education and work experience and his personal qualities he has always believed he is suitable for the positions he applied for. However, when he started to look for jobs in Canada, he was aware that he had to adapt to the Canadian jobs search culture. “You are marketing yourself,” he says. “You may have all the ingredients, but the recipe for success in your country can be different from the one in Canada. I call it ABC – whenever you go to a new country, you have to quickly understand the local ABC: attitudes, behaviour and customs – and you have to adjust.  It is very important to get advice on resume writing and on how to succeed at interviews. Every country has a different way of doing things. For example, where I was born it is normal to say how old you are, where you come from. In Canada you should not do so.”

Before applying, newcomers should learn as much as possible about the organization they want to work for, advises Jayawardena. “It is important that you try to sell benefits to the prospective employer,” he says. “You are bringing skill sets to this country and you can say ‘I have this experience and this qualification, but this particular aspect will be very useful to your organization.’ So to be effective in self marketing, you have to understand exactly how the organization works, its vision, mission and culture.”