by Prepare For Canada | Jan 2, 2014 | Before Your Arrival into Canada here’s what you need to know, Working In Canada, Working Success Stories 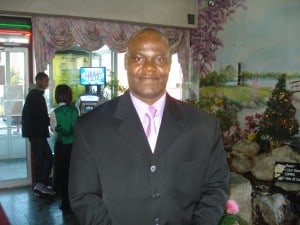 “When you come to Canada, you need to have a vision of what you really want to be,” says Abba Chima, a lawyer who currently works in Ontario. “And you have to stay focused on that vision.”

Before leaving Nigeria in 2004, Chima collected all documents that he thought might assist him in Canada – diplomas, certificates and reference letters from colleagues and organizations he had collaborated with in different legal matters. “If you are going into the unknown, prepare yourself as much as possible,” he advises. “I didn’t know which documents were going to help me and which would not, but I did what I could with my credentials.”

However, when he came to Canada he discovered these documents were not enough to get him a job. “The issue of Canadian experience interfered with whatever arrangement I had made,” he says. “Like everything was thrown out of the window. So whatever I applied for, even for positions that I was sure I qualified for, the only comment I received was, ‘You don’t have Canadian experience.’”

As many professionals coming to Canada, Chima found out that the job market was quite different from what he imagined before immigrating. “What you read [before coming to Canada]… is that this place provides better opportunities for professionals…,” he says. “It is almost like when you see western movies – if you rely on the western movies and you come here and find yourself unemployed, you are surprised.”

To remain in his professional field, Chima investigated the steps he had to take to qualify for a lawyer in Canada. It turned out to be a long process – and meanwhile he needed to survive financially and support his family. So he had no choice but to contact agencies and apply for general labour jobs. “I never thought this could happen in my life,” he admits, “but you have to pay your immediate bills that face you from your arrival at the airport.” His first job was at an auto factory, but since it was on call basis and he didn’t know when he would be called again, he took additional part-time jobs to make sure he won’t find himself without income. Many times he would work for eight hours at one place and after that – without any rest, sleep and food – he would commute to another place where he would work another eight hours. The hardest job he remembers was at a conveyor belt in a bakery. Once he was so tired after two shifts in a row that he almost passed out in the bakery. In the auto industry he worked for five years. And all these years he was studying to become certified as a lawyer.

“When you come to Canada, you need to have a vision of what you really want to be.”

“For years I didn’t sleep more than 2-3 hours on an average day,” Chima says. “Sometimes, I didn’t have time to sleep at all. But somehow God sustained me. And the sacrifice paid off.”

After completing his certification process, Chima started his law practice in Canada and now he has his own law office in Toronto.

For his success Chima credits his determination and the Grace of God. “When I left my country,” he says, “my primary goal was to continue in my profession in the legal field – no matter what. I knew there were going to be challenges – some of them predictable, some unpredictable. This is a different jurisdiction from where you’ve lived before. But you shouldn’t lose focus.”

Knowing what you want to achieve is crucial when it comes to following people’s advice. Chima warns newcomers that the first few people you meet upon arrival to Canada can have a strong influence on your future in the country. “If they are the right people, they will put you on the right track,” he says, “but if they are the wrong people, they can derail you through the advice they give you. In my case, some told me, ‘Oh, you can’t be a lawyer here!’ And some were sending me on the wrong path – they were telling me, ‘Why don’t you do a psychiatry course since you have a science background?’, or ‘Why don’t you do a paralegal course?’ But because I had that personal determination and strong conviction, I didn’t follow their advice. I said, ‘No, I can’t be a lawyer and then become a paralegal – it doesn’t make any sense.’ So you have to align yourself with people who would encourage you and support you to remain on the path you have decided for yourself.”

Chima likes to share his experience with other immigrants. He has mentored more than 12 lawyers and other internationally trained professionals who are working now in their fields.