Patience pays off for engineer

by prepareforcanada.com | Aug 6, 2018 | Employment In Canada, Working In Canada 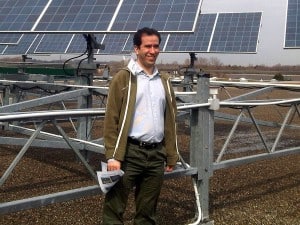 Although he was a professor at Sharif University of Technology, one of the most prestigious universities in Iran, and had a prosperous private consulting firm in Tehran, Mahdi Zangeneh decided to move to Canada. He was attracted by the peace and quality of life found in the North American country, so in 2009 he came to Toronto.

With a PhD in mechanical engineering and more than 10 years of valuable work experience, Zangeneh was convinced he would easily find a job. Without previous knowledge of the Canadian job market, however, Zangeneh found it challenging.

He started sending his resume to different companies, government institutions and organizations. In fact, he sent about 300 resumes without getting a reply. That was an unexpected and an extremely frustrating experience for him.

“Such a thing had never happened to me before,” Zangeneh says. “Spending nine or 10 months with no job, nothing — just looking for employment, applying … In fact, searching for a job was a full-time job. And when you are new immigrant, after nine months without working, you worry how you can survive economically, because your financial recourses are limited and here everything is expensive.”

Zangeneh was fortunate that after nine months of unemployment he still had savings, but he felt for other internationally trained professionals who had to do survival jobs to support themselves and their families. “I’ve met highly educated people doing survival jobs,” he says. “This can be helpful — temporarily — but I think it is not a solution. It’s like a painkiller — it might be good for a couple of months, but doesn’t heal. Because we come here as skilled workers looking for a better life, and if we are not satisfied with what we work, what is the point of living here?”

One of biggest challenges skilled immigrants face in finding professional jobs is Canadian licensing regulations for regulated professions. Zangeneh found out that despite his doctoral degree and engineering experience, in Canada he was not allowed to say he was an engineer without having a Canadian professional licence. So he had to apply for a P.Eng. (Professional Engineer) designation, which was a long and complicated process. Zangeneh needed credential assessment and had to have at least one year of Canadian experience as an engineer. To gain this experience, he had to find a job in which he would work under the supervision of a licensed P.Eng.

Despite all these challenges, Zangeneh was determined to succeed in his new life. He turned to organizations like Acces Employment, Microskills, COSTI and TRCA, which help newcomers, and attended resume-writing and interview preparation lectures and workshops. He also enrolled in several English as a Second Language courses to improve his English communication skills and took a special six-week training program for engineers. “Every opportunity I saw to learn things, I took it,” says Zangeneh.

The first thing he learned from the workshops was why all the resumes he had sent didn’t result in interviews. “I was sending general resumes and they just didn’t work,” he explains. “You have to customize according to the position and to the company you are applying for. And it is not enough to spend one or two hours — you have to do research on the company, on its product and even on the company’s competition. You have to find out about the position and the expectations of the employers. Only after doing that you can write a targeted resume and a cover letter.”

Resume writing and other job-searching skills were not the only things Zangeneh gained from all the courses he attended. Meeting other immigrants in situations similar to his own helped him overcome his frustration and stay motivated. “Listening to those people was very encouraging,” Zangeneh says, “because they had strong motivation and many of them got positive feedback from employers, or were invited to interviews, or found jobs. These experiences were bright things for me that were telling me, ‘It happens, so it will happen to you, too — you should be patient and keep trying. Don’t give up!’“

And, indeed, Zangeneh’s effort and patience paid off. After signing up with Career Bridge, an internship program run by the Toronto-based nonprofit Career Edge Organization, he was invited to a couple of interviews and got a paid internship at a government office. When he heard he was hired, he was thrilled. He was assigned to working under the supervision of a P.Eng., which allowed him to gain the one year of Canadian experience required for his P.Eng. designation.

Zangeneh says that he was very lucky to have found a great mentor in his supervisor. “He taught me what was going on in the industry in Canada and he also helped me promote things that I knew, but I didn’t know how to implement. The problem lay in some of the cultural differences. For example, in Canada, communication at work is considered a very valuable thing, so soft skills are as important as hard skills. And, if you are applying for a manager’s position, soft skills are even more valuable than technical skills. So my mentor told me I had very good technical skills, but I had to learn more about the soft skills inCanada.”

After his internship finished, thanks to the acquired knowledge and experience, Zangeneh got an offer from a private company. He also became a college instructor and taught courses related to renewable energy. Then he searched again for a government job. He succeeded and after several months met all requirements to obtain his P.Eng. licence. He is now senior noise engineer at the Ministry of the Environment.

When Zangeneh talks about his experience, he points out that in Canada it might take time until you find your first job, but once you gain some experience, things get easier.