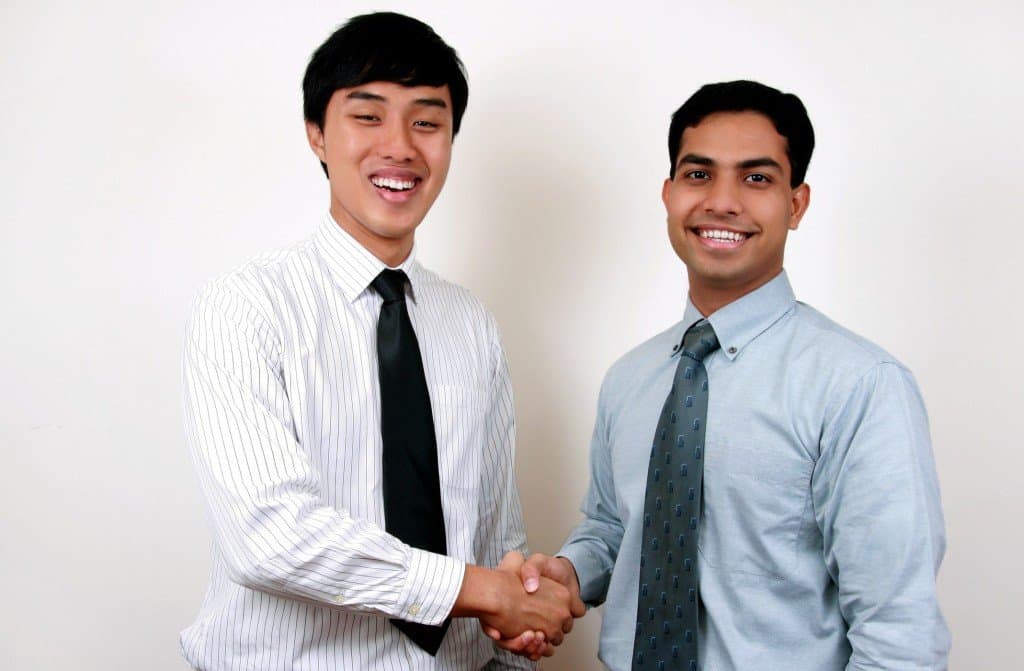 Want to know the secret rules to Canadian workplace culture before you make a career mistake? Adapting to a new culture can be challenging enough, but with patience and the right attitude, it doesn’t have to be. Andrew Zheng was determined to succeed in Canada from the moment he arrived as a student. He took the right approach and started to prepare himself for a career in Canada right from the word GO!

Andrew is an excellent example of how you can do everything possible to increase the chances of you finding a job in Canada that you will be proud of!

As an international student from China, Andrew started to think about being employable from the beginning of his Masters of Chemistry program. He knew his job options were narrow to begin with, so instead of following the usual route of focusing only on his studies, Andrew strategized early to maximize his employability.

Andrew knew that one of the greatest barriers that immigrants to Canada face is that of their English language ability. He decided to do everything he could to improve his English communication skills. Andrew joined Toastmasters and practiced giving presentations and speeches every week to get comfortable speaking English in stressful situations. He also made a conscious effort to make friends who were not Chinese so he could practice English in natural conversation, and sought out friendships with some of the more advanced graduate students in his program, making connections with future colleagues and paying attention to tips about Canadian culture at the same time.

Andrew stands out among other newcomers in that he really ensured that his friendships were as much, if not more, with native English speakers than Chinese speakers. While other students were immersing themselves in video games and seeking cultural comfort with people they felt relaxed with, Andrew gained communication skill and intercultural competence by actively seeking opportunities to engage with English speakers and make real friends. In addition to his chemistry studies, he watched English movies and listened to the news in English. Andrew’s determination to “get comfortable” in English was truly exemplary.

2) Keep an eye out for opportunities

When a conference application from another province in Canada was forwarded to his department, it occurred to Andrew that he might be able to work outside of Edmonton in another province. With another student, he presented at a conference in Eastern Canada and looked up potential companies in the area to find out where new employment options might be. He was ready to move if need be and steeled himself to accept work wherever it was to be found.

As luck would have it – and Andrew is convinced that luck played a large part in his success – a job opportunity with a chemical manufacturing company in Edmonton was sent to his department, with the announcement that they were hiring for 5 positions. A number of graduate students from his department applied.

To improve his chances of getting an interview, Andrew worked full time for a week perfecting and rewriting his resume and cover letter. He went to resume writing workshops and had his resume proofread. He asked his doctoral student colleagues to mentor him and to conduct mock job interviews, racking up over 20 hours of interview practice between several mentors.

When Andrew received a notification that he had been selected for a phone interview, he was more than ready.  With his toastmasters background, strong English preparation, combined with constant mock interview practices under his belt, Andrew approached the phone interview with confidence and was asked to come in for the next round of in-person interviews. He rigorously researched the company in advance, and through LinkedIn connected with employees who worked there.

As Andrew expected, the interview with the manufacturing company was much like an academic interview. It consisted of a panel interview, a demonstration, a luncheon and another round of interviews in the afternoon. He knew that everyone he met throughout the day was somehow part of the evaluation and that he should be cordial and show interest in others during the lunch, but not be overly familiar and let his guard down.

“Be brave to embrace the real world instead of accepting inaccurate information online or from inexperienced friends.”

Looking for more ways to build your career?

Check out the Canadian Workplace course suite and get the skills you need to create the career you want.

Marie Gervais, PhD, CEO Shift Management is a business-to-business entrepreneur who specializes in helping employers train their middle management to lead, get their workplace learning online and interactive, and conduct team assessments to figure out who to promote and how. She has a background in integrating internationally-trained individuals to the workplace and has supported many businesses in their efforts to hire, retain, support and promote immigrant and diverse employees.

Get in touch – Marie would love to hear from you: [email protected]