by Prepare For Canada | Jan 15, 2018 | After you Arrive, Before Your Arrival into Canada here’s what you need to know, Living in Canada, Special, Working In Canada 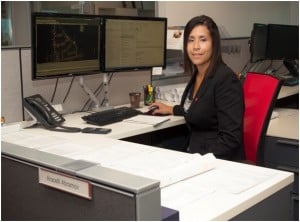 Aracelli Abramov was born and raised in Brazil. Ever since she was a little girl, her dream was to become an Engineer. She stayed true to that dream and eventually began working as an Electronics Engineer in her native country. Yet life pushed her in a new direction. In 2006, Aracelli decided to improve her English skills, so she temporarily left for Canada. Little did she know that she would meet her future husband in the same English language course! Romance bloomed, and they got married shortly after completing their course. Aracelli’s entire life changed now that she was married. In order to be with her husband, she decided to immigrate and permanently settle in Canada.

Her Canadian dream was to continue working as an Engineer, but obtaining her professional license proved to be a long and tedious process. Getting a job within her field was even harder. Her cold-calling efforts to secure an interview proved fruitless. “Language was my biggest difficulty when I landed in Canada. I could communicate better in person, but made a lot of mistakes over the phone,” Aracelli says. She also believed her resume wasn’t professional enough, which made her job search even more difficult.

That’s when Aracelli decided to enrol in Humber’s Engineering Software Skills Enhancement Bridging Program. She gained expertise in engineering software like AutoCAD, and more importantly, gained knowledge of Canadian code. “The course on Canadian Electrical Code was the most important because this is knowledge specific to this country. I would be lost without it,” she says.

As she settled into the program, her job search efforts intensified. She found several interesting job openings through Humber’s job portal, focused on those job opportunities and began to apply. “The moment Lynda (the program’s Employment Advisor) fixed my resume and my strategy, I got four calls for interviews after sending out my first resume since joining the program!” Aracelli exclaims.

She focused on the job opening at DPM Energy. However, this was just the first step. The interview itself was yet to come. She keenly remembers the preparation and training she received for that interview from Lynda. By the end of her consultations, Aracelli was confident that she could market herself well to the employer.

And that was exactly what happened. Aracelli aced the interview and received an offer to join the company. She presently works at DPM Energy as an EIT Designer and is currently undertaking a significant project with Toronto Hydro.

“I am just one step away from my Professional Engineering License so I am so close to realizing my dream of working as an Engineer in Canada thanks to Lynda and Humber College,” Aracelli says.

The Engineering Software Skills Enhancement bridging program is made available through funding from the Governments of Ontario and Canada.  For more information, visit http://newtocanada.humber.ca/bridging-programs/engineering-software-skills.html