“The hard moments have provided me with experience” – Elza Minnullina

by Prepare For Canada | Jul 9, 2013 | Before Your Arrival into Canada here’s what you need to know, Working In Canada, Working Success Stories 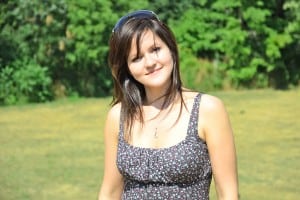 “I never put myself lower than a Canadian person,” says Elza Minnullina, who came from Tatarstan, Russia, in 2007 and is now financial advisor at one of the leading Canadian banks. “I have confidence and employers feel it. So when I go to an interview, they hire me – because they are looking for strong and confident candidates.”

Her start in Canada, however, wasn’t easy. After earning her Bachelor’s degree in Financial Management in Russia, she came to Toronto to improve her English. She found out that she could understand the language, but couldn’t speak well. It took her four months of ESL (English as a Second Language) classes to overcome the language barrier. During these months she had a homestay family, but when the ESL classes were over, she had to find another place to stay. “I came to Canada with a friend,” she says. “And we had money just for the first and the last rent. We had no money to buy blankets, pillows and even food. However, we met good people. We found a basement apartment and the landlord bought us pillows and blankets. There were other immigrants from our community in that place – Ukrainians and Russians. So the landlord told us, ‘Don’t worry, girls, when you find jobs, you will pay us back, but let us help you now.’”

When she felt that her English had improved enough to study something else, Minnullina went to the Working Skills Center, a Government supported immigration school for women, where in nine months she obtained her computerized accounting diploma and took some additional courses. Upon completion of all the courses she was placed as accounting clerk at a small accounting firm. However, Minnullina didn’t have a passion for accounting and decided to look for a job that she liked.

“I have confidence and employers feel it. So when I go to an interview, they hire me – because they are looking for strong and confident candidates.”

While she was on social assistance, the case worker assigned to her told her about a program designed to help youth find jobs. It was run by David Miller, who at that time was mayor of Toronto. “That program turned my life to a successful one,” Minnullina says. “They found youth and they found employers who were willing to give jobs to that youth. I became part of the program and it helped me create my resume and prepare for interviews. I had an interview at one of the biggest Canadian banks and I was hired as content verification clerk. Thanks to that program I found a job really quickly.”

After she was hired, the organizers of the program asked her to give a speech at a conference in front of David Miller and many employers. She also posed for a photograph with the mayor. “One day someone knocked at my door and gave me a parcel,” Minnullina says. “Inside was a frame with the picture of David Miller and he had signed it wishing me all the best. It was nice of him.” Six months later Minnullina was again asked to participate in a conference and to share her success story with youth and employers.

At the bank where she worked, Minnullina was in a good working relationship with the management and her colleagues. However, a moment came when she felt it was time to move on. She wanted to become at least a teller. So she updated her resume and found a job as customer service representative at another Canadian bank. 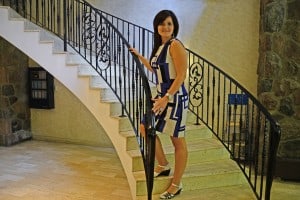 “It is my personality,” she explains. “I have to like what I do and I give 100 per cent at work.” So at her new job as a teller, the first three months, when she was still in a trial period, she was able to exceed the expectations of the managers and also to be a team player. For her achievements she received the Management Choice Award and was offered a full time contract.”

After a year of working as a teller, Minnullina was promoted to financial services representative. She also participated in the championship that the bank organized for its employees and her excellent performance made her Champion of GTA. Now she is financial advisor and is hoping to become a business analyst. To qualify for management positions, she is considering going back to school and doing a Master of Finance (M.Fin.) or MBA.

“I never won a lottery, nothing came easy to me,” Minnullina admits. “But God has always sent me good people on my way to help me and guide me. And as for the hard moments – they have provided me with experience and I have learned how to overcome them. The more bad experience I’ve had, the stronger I have become. That’s why I have no fear of complicated projects – even if something is challenging – I know I can do it. I just know it. That’s why when I go for an interview, even if I don’t fully qualify for the position, I tell the interviewers about my achievements and I ask them to give me a chance – I can pick up fast and I can bring success to the business.”

One day a vice president of the bank Minnullina works at entered her office and asked her, “Elza, I heard you are so successful – what drives you? What encourages you?” She answered, “My parents. The fact that their daughter came to Canada all by herself and she is achieving everything she wants gives them a desire to live longer – and that is what motivates me.”