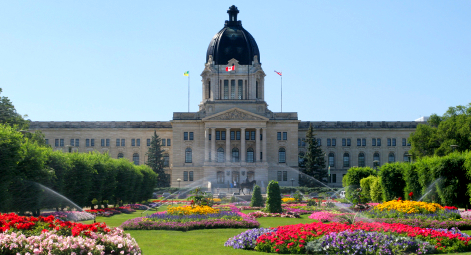 Over the last decade not many international immigrants chose to settle in Regina. However, in the recent years investments in different sectors boosted the economy and created a significant number of new jobs. The city experiences a serious labour shortage and is becoming an attractive destination for job seekers.

Regina has humid continental climate. Winters are very cold, windy and dry. In January temperatures are between －２１．６°C and －１０．７°C, but sometimes they drop below -40°C.  On January 1, 1885, Regina experienced -50°C.  Wind can make winter temperatures feel even colder than they really are. Wind chill is an index that indicates how cold the weather feels to the average person. In Regina there are about 86.5 days a year with wind chill of -20°C or less, 43.2 days that it feels like -30°C or colder and 16.3 days with wind chill of -40°C or lower.
Summer temperatures are usually between 12°C and 26°C; however, they may rise to 40 °C.: The highest recorded temperature was 43.3 °C on July 5, 1937. 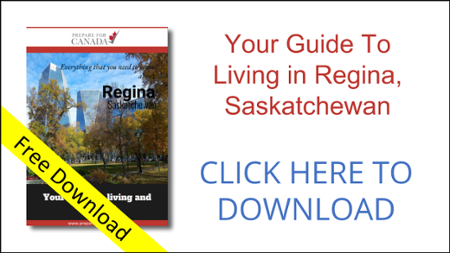 The City of Regina advises that riding public transit is a way to save money. Using the bus system costs less than $750 a year, whereas owning and driving a car can cost thousands of dollars a year. Furthermore, you can apply for the Federal Tax Credit for transit.
Public transportation is provided by Regina Transit, which operates 23 bus routes in the city.
For bus schedules click here. Commuters can also find the way to reach their destinations by using the Trip Planner.
Passengers can choose to pay cash on the bus (in that case they need to have exact coin fare), buy sets for 10 rides, day passes, and weekend/monthly passes. A convenient way to pay is the R-Card, a reloadable smart card that replaces tickets and monthly passes. The R-Card can be loaded with pre-paid rides, cash equivalent or monthly pass information. For locations where R-Cards are sold click here.

For information on obtaining Saskatchewan driver’s licence click here.
Roads in Regina are salted in winter to become safer and police patrol them even in stormy weather. Nevertheless, winter driving is challenging.  Visibility can be significantly reduced by heavy snowfalls and wind. If temperatures rise, snow melts, and if they drop again, it turns to ice. Roads become slippery and dangerous. If you slip off the road, it is safer to stay where you are and wait for help – even if this means sitting in your car for hours. The wind chill and the reduced visibility make it far more risky to leave the vehicle to look for help than to wait police or another vehicle to pass by.

Most of Regina residents are Christians. The 2006 Census revealed that 41.5 per cent of the population was protestant – United, Anglican, Lutheran, Baptist, Presbyterian and others, 32.3 per cent was Roman Catholic and 1.8 per cent was Eastern Orthodox. Only 2.9 per cent belonged to other Christian denominations and other religions (Islam, Hinduism, Buddhism and Judaism). 19 per cent of the population had not specific religious affiliation.
For a list of churches in Regina click here.
Regina has one of the oldest communities of the International Society of Krishna Consciousness (ISKCON) in Canada. Members gather at Shri Shri Radha Krishna Temple.
The Hindu Temple in Regina is comparatively new. It opened its doors in 1990.
Sikhs can find the location of Regina Sikh Temple here.

The population of Regina is 193,100.  A study released in 2008 showed that the population of the metropolitan area around Saskatchewan’s capital is growing more quickly than the one living in the city proper. Many people are moving out of Regina to “commuter towns” in more peaceful and safer areas and commute every day to the city to work.

The highest percentage of Regina’s population is of European decent – German, English, Scottish, Irish, Ukrainian and French. Aboriginal people make up 9.3 per cent and they are concentrated in relatively few communities – the North Central and Core.
Ninety-seven per cent of Regina residents are Canadian citizens. Among immigrants, who are eight per cent, only 2.3 per cent have come to Canada in the past 10 years.

Regina is among the Canadian cities with strongest economies and lowest unemployment rates. In the recent years, there are a lot of investments in the extraction of Saskatchewan natural resources (oil and gas, potash and others), in transportation and in the manufacturing sector.

The city is home to the largest steel company in Western Canada, EVRAZ Regina (formerly known as IPSCO). EVRAZ Regina is a mini-mill that recycles steel scrap and produces plate and coil, which is then converted into energy tubular products. EVRAZ Regina operates three facilities: steelmaking and rolling mill, cut-to-length and tubular mill. The facility produces large diameter pipes for the oil and gas industry.

The biggest challenge, however, is the shortage of labour. For many years people have been leaving Regina to look for employment elsewhere, and now, when there are so many projects underway, workforce is insufficient. Sometimes employers in Regina have to fly temporary workers from other parts of Canada.

Working In Canada: A 5-Step Approach

Location is crucial in choosing a new home. Before taking a decision, newcomers should get enough information on the advantages and disadvantages of Regina’s neighbourhoods.  For example, The Crescents, which is part of the Cathedral area, is one the most prestigious and desirable neighbourhood in the city. However, its low-lying areas adjacent to Wascana Creek are prone to flooding, especially in spring when snow melts.

Any place in or around North Central and the area east of downtown known as Core is not recommendable because of the high crime rates.

Home prices in Regina increased over the last few years and are expected to continue rising. A detached bungalow is about $320,500, a standard condominium costs $207,750 and a standard two-storey home is $347,500.

The average rent for a two-bedroom apartment in Regina is $948.

In case of medical emergency call 9-1-1.

Patients need to find family doctors who, if necessary, can prescribe drugs and refer to specialists and hospitals. Those who don’t have family physicians can visit Regina’s walk-in medical clinics.

Some of Regina’s private schools are the Luther College High School, run by the Evangelical Lutheran Church in Canada,  the Harvest City Christian Academy and the Regina Huda School, which offers Islamic education. For more information on private schools in Regina chick here.

Regina is also home to the Wascana Campus of the Saskatchewan Institute of Applied Science and Technology.

Regina has strong traditions in art and culture.  The MacKenzie Art Gallery organizes exhibitions of contemporary and historical art from Saskatchewan, other parts of Canada and around the globe. It also provides educational programs for people of all ages. The Regina Symphony Orchestra is Canada’s oldest continuously performing orchestra. It gives its concerts at Conexus Arts Centre, where other local and also visiting musicians perform. The Globe Theatre’s mainstage is the only permanent professional theatre-in-the-round in Canada.