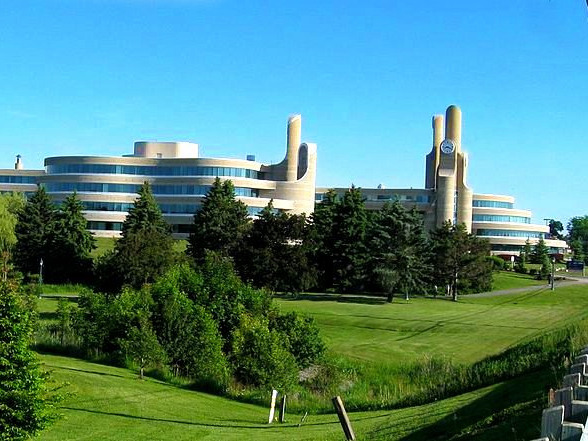 The Regional Municipality of York, known also as York Region, is part of the Greater Toronto Area and the Inner Ring of the Golden Horseshoe. It is a confederation of 9 municipalities:

York Region is the fastest growing area by population in Ontario. Thanks to its strong economy, the job opportunities and quality of life it provides to its residents, York Region attracts thousands of young and skilled immigrants every year.

York Region has a humid continental climate with four seasons. Winters are cold with daily average temperature in January of -7°C.  Temperatures often feel colder than they really are because of the wind chill. Snow can fall anytime between November and April. Snowstorms are not unusual. Summers are hot and humid with temperatures usually in the range from 20°C to 31°C. However, the high humidity makes temperatures feel warmer than they are. Springs and autumns are cool and pleasant, sometimes with considerable difference between day and night temperatures.

York Region Transit (YRT)/Viva has 120 routes across the nine municipalities of York Region and offers easy access to the transit systems in the neighbouring City of Toronto, Peel Region and Durham Region. To plan your trip with YRT/Viva, visit their website.

Toronto Transit Commission (TTC) has 14 routes that operate in York Region and bring passengers to some of the Toronto subway stations.

GO Transit offers trains and bus services from Union Station in Toronto to York Region.
For information about the fare system that works when you are using TTC and GO Transit connecting services click here.

For information on getting an Ontario Driver’s licence visit, see Driving.

There are nine major highways in York Region. You can find the Official Road Map here.

Mosques in the GTA

York Region’s population is 1,097,000. It is the fastest growing census division in Ontario. According to Statistics Canada, between 2001 and 2006 the population grew by 22 per cent and since 2006 it increased 16 per cent. This growth is mainly result of immigration. Most recent immigrants are young, well-educated and highly-skilled. The 2006 Census showed that 40 per cent of the immigrants who arrived in 2006 had a university degree or higher compared to 33 per cent in 2001. The majority of recent immigrants arrived from Asia. The largest ethnic group is Chinese; however, in the recent decade there is a significant increase in the number of newcomers from India, Iran and South Korea.

The municipalities that experienced the highest immigration rates are Vaughan, Markham, Richmond Hill, Newmarket and Aurora.

York is the fastest growing region in the GTA. Its diverse economy with strengths in different sectors ensures its ability to withstand economic downturns. Some of these sectors are automotive and transportation equipment manufacturing, construction, finance, communication technology, biotechnology, pharmaceuticals, manufacturing of rubber, plastics, non-metallic and aggregate products, environmental and business services.

A study of employment trends in York Region in 2011 found out that the automotive, construction and the finance, insurance and real estate sectors accounted for 86,000 jobs or 19 per cent of the total employment in the Region. The automotive sector is an important part of Ontario’s automotive industry. Global automotive industry leaders like Mazda, Honda, BMW, Hyundai, Volvo and Suzuki have their Canadian head offices in York Region. The construction sector as well as the finance, insurance and real estate sectors recorded a significant increase over the last few years thanks to the population and economic growth of York Region.

The average prices of all home types in the different municipalities of York Region are as follows:

Rents are also increasing. The average monthly rent for a private unit in York Region is approximately $1,048.

Most basic health care services in Ontario are publicly funded. York Region’s residents are covered by the Ontario Health Insurance Plan (OHIP). Prescription drugs and some other medical services are not covered by OHIP, so additional insurance is recommendable.

Newcomers are advised to find family doctors to receive primary medical care. Family practitioners can prescribe medications and refer their patients to specialists and to hospitals. Not all family physicians accept new patients, so if you have difficulties in finding a health care provider, enrol the Health Care Connect Program of the Ministry of Health and Long-Term Care.

If you still haven’t found a family doctor but you need medical attention, you can go to a walk-in-clinic.

In case of a medical emergency (when there is a life-threatening condition) call 9-1-1. York Region Emergency Medical Services works 24 hours per day and uses up to 33 ambulances, nine rapid response vehicles and four special response vehicles. Be considerate and don’t call 9-1-1 if your situation is not an emergency.

York Region District School Board serves over 120,000 students in 170 elementary and 31 secondary schools. To find a school in your area, click here.

The York Catholic District School Board operates 88 elementary and 15 secondary schools and it opens new schools every year. To locate a school close to your home click here.

Parents can also send their children to private schools in York Region.

There is a wide variety of recreation opportunities in York Region. Nature lovers enjoy its parks, sights, wildlife, forests and trails. Oak Ridges Moraine and The Kortright Centre for Conservation are two of the most visited places in the region.

Every year about 100,000 people visit The McMichael Canadian Art Collection which has almost 6,000 artworks by Tom Thomson, the Group of Seven, their contemporaries and other artists.

To learn about the recreation opportunities in your municipality use the list below.