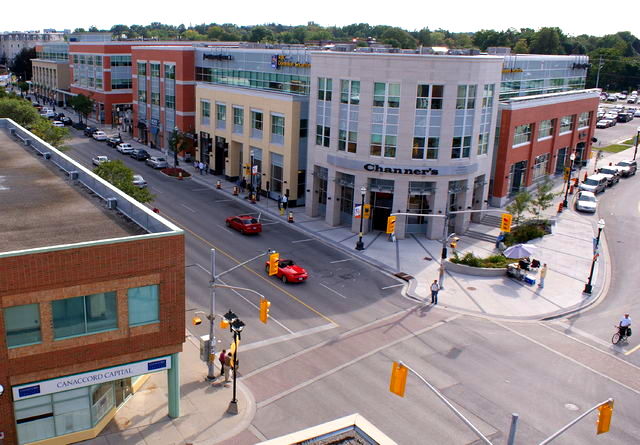 Waterloo Region is an active, thriving place to live, work, study and invest. Immigrants come from all over the world to make Waterloo their home in Canada. An hour’s drive from Toronto, the area offers a mix of modern cities and beautiful countryside.

500,000 people live in Waterloo Region which is made up of the three bustling cities of Cambridge, Kitchener and Waterloo, plus four scenic predominantly rural townships of North Dumfries, Wellesley, Wilmot and Woolwich.

Winters usually last from mid-December to mid-April and snowfall is not over abundant, with sunny skies being common. The average high in January is -3.1°C and in July rises to 25.9°C. 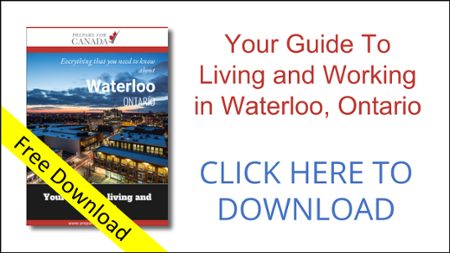 Waterloo Region is home to world class employment and the employment rate is one of the highest in Ontario. With a strong manufacturing base and other industries to provide meaningful employment, it is also a fast growing hub for:

The Grand River Transit public transportation system within the Waterloo Region relies on a bus system.  For maps, routes and schedules, click here.

The cost of taking public transportation varies depending on the route, method and distance. Click here for a list of fare prices.

There is access to Toronto with GO Bus and Train services.

For information on driving in Waterloo and how to get a licence, see Driving.

Waterloo Region is home to many places of worship, providing faith communities across the city with reflective spaces.

Settlement services are available in locations across Waterloo Region to help you learn about your new community, as well as other services.

The population of Waterloo sits at about 98,780, but the Waterloo region as a whole is one of Canada’s fastest growing communities, with a population of 543,700 people that is expected to reach 729,000 people by 2031. About 24 percent of the population is made up of immigrants.

According to the 2016 Statistics Canada census, approximately 23 per cent of Waterloo Region residents are immigrants. The majority live in the three cities of Kitchener, Waterloo, and Cambridge. The majority of immigrants were born in the United Kingdom, followed by India and Portugal.

Waterloo Region has a very diverse economy covering a wide range sectors from manufacturing to high-tech industries. The area historically has also one of the lowest unemployment rates in Ontario.

The city is also home to three well-known think tanks: the Perimeter Institute for Theoretical Physics, the Institute for Quantum Computing and the Centre for International Governance Innovation.

Together with Kitchener and Cambridge, Waterloo is part of Canada’s Technology Triangle (CTT), a joint economic development initiative that markets the region internationally.

Waterloo has a wide range of housing types to meet the needs of various housing sizes, characteristics and income ranges. Prices are relatively affordable, lower than in Toronto and the surrounding area, but higher than some other southern Ontario communities located away from Toronto.

Average rent for a two-bedroom apartment is $824 per month. Average home sale prices are $237,913, making buying a home an affordable option.

The hospitals serving Waterloo are all located in neighbouring Kitchener. There is Grand River Hospital, which includes the K-W and Freeport health centres (formerly independent hospitals that amalgamated in April 1995), and St. Mary’s General Hospital.

Note that Waterloo Region, like many other areas in Ontario, has a shortage of doctors, so finding one can be difficult.

The Region is home to two universities and one technical college:

University of Waterloo – well known for its computer science, mathematics and engineering programs – and

Wilfrid Laurier University – known for its business and economic programs.

Conestoga College – consistently rated as one of the best colleges in Ontario.

For more on schools, universities and language classes in Waterloo Region, click here.

Waterloo Region has many parks and trails along the Grand River for residents and visitors to explore.

Larger parks, like Waterloo Park and RIM Park, offer a wide range of recreational facilities such as ball diamonds and sports fields. They include picnic shelters, public washrooms and access to transit and parking.

Today’s a beautiful day! ☀️ Take a stroll through Waterloo Park 🚶‍. Admire the greenery, see the Animal Farm, and catch a sight of some baby ducks and geese! 💕🐑🦆 See what parks and trails are near you on ExploreWR.ca! 😊 #ExploreWR #WaterlooPark #WatReg #waterlooregion 📸: @victoriaxsong

A post shared by Explore Waterloo Region (@explorewaterlooregion) on Jun 19, 2018 at 2:03pm PDT

The entertainment scene offers a wealth of live theatre, concerts by local and visiting artists, and performances by the Kitchener-Waterloo Symphony.